The City of Potwin was incorporated as a town on April 8, 1885. This land, owned by Charles Potwin, whereby the town received its’ name, became a station for the Missouri Pacific Railroad, instigated by William I. Joseph, known as the Father of Potwin.
Mr. Joseph came from W.Virginia and as more settlers arrived he became interested in a railroad to serve the area. After much diligent pursuit, the station was built and Mr.Joseph, a land agent for Charles Potwin, began development of a town site around the Potwin station. He opened a land office where the Potwin grocery now stands. Descendants of the Joseph family are still involved with the City of Potwin.

The city enjoyed celebrating their 100th year in 1985, with much excitement and pride. The words of their slogan “Proud of our Past – Looking Forward to the Future” describes the aura and flavor of this Kansas community.

During the first half of the twentieth century, Potwin enjoyed the prosperity of the Vickers Oil Refinery. Commencing with a lease on the Parris Farm 10 miles north of Potwin, production reached 16,000 barrels a day during the 50’s. In 1964, distressed economic conditions shut down the oil processing facilities. The company was sold to Swift & Compan and the remaining operations were closed in 1970 – marking an end to an era of prosperity.
Today the Circle E and Mann’s ATP feedlots, as part of one of the largest industries in our county, are major area employers and have helped rebuild the town. 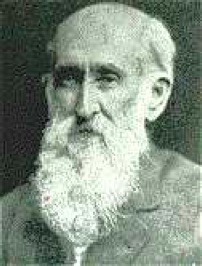